Due to the large volume of orders this week, please note that your order may be slightly delayed (2-3 business days). Thank you for shopping with us! 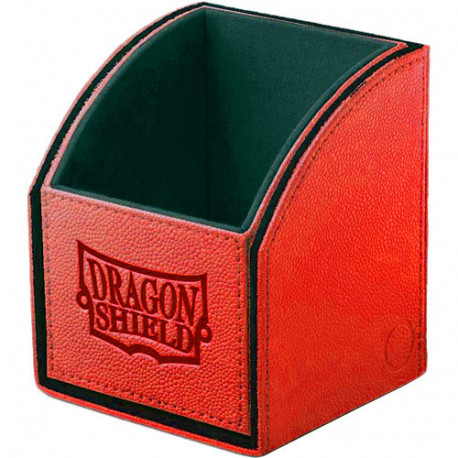 The Dragon Shield’s Nest Deck Boxes offer high-end deck protection with a simple design and strong magnetic seal. Each Nest has a black exterior and classy colored interior fabric. Piece all 8 product packages together to discover different parts of the story, “Saturion Ascendant,” to discover the origins of the Nest.

As safe as a dragon’s nest.

Easy money, Captain Jace thought. He did not make a habit of renting out his fishing ship, nor traveling the dead waters of the Black Ocean, but the man in black offered more gold than he’d made last year. He is an odd one, though. His passenger stood on the ship’s bowsprit, his black cloak fluttering in the breeze.

“Oy, I wouldn’t recommend standing up there,” Jace hollered to the man. The slippery bowsprit jutted out in front of the ship and curved like a dragon’s talon. The man said nothing as he spread his arms wide. Jace could feel him smile. The ship broke in half as Rodinion rose from underneath.