Unfinity and Warhammer 40K release this Friday! Therefore, we will only process preorders until then. All new and unpaid orders will be shipped starting from Monday (10.10). Thank you for shopping with us! 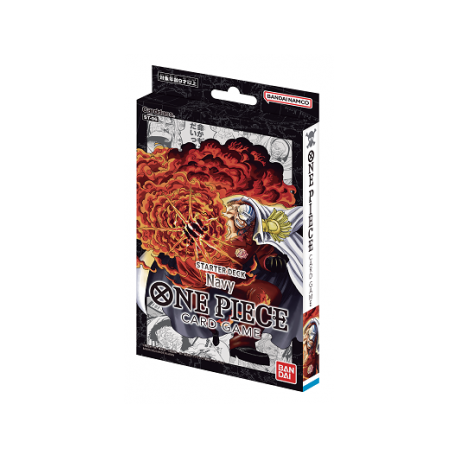 This item is expected to be in stock on the 10.03.2023. Orders containing this item will not be shipped before the official release date. Special preorder price until release!

The new “Navy Deck” is here! In addition to the leader “Sakazuki”, many popular characters from the Navy, such as ”Smoker”, ”GARP”, “Koby”, will be included in the deck!

A new Ready-to-play "Black" deck! Start playing ONE PIECE CARD GAME with this new color and catch up with the rest!

A super control deck based on the concept of "K.O. your opponent's character", inspired by Sakazukiʼs belief of ”Absolute Justice”! Knock down the enemies that stand in your way!

Each deck contains the following: